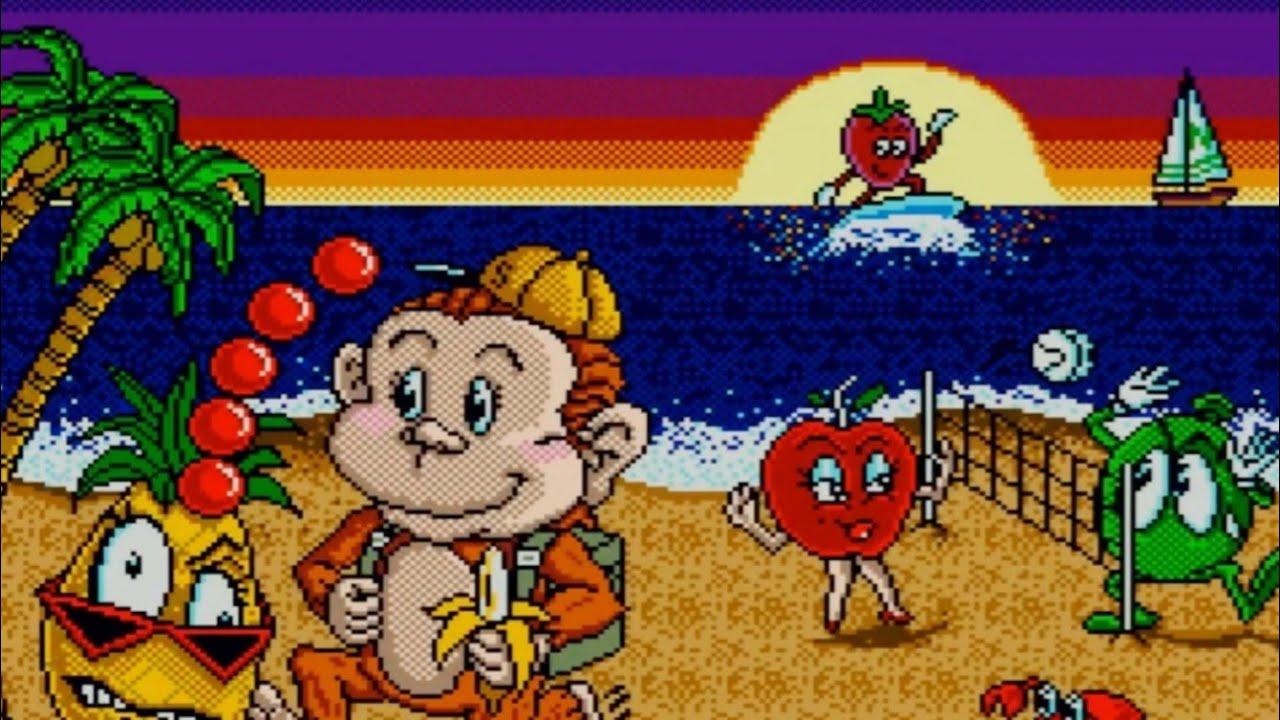 Ahem. Now, with that out of the way…

Spanky’s Quest is a thoroughly charming arcade style action-puzzle game that is structured similarly to games like Bubble Bobble and Snow Brothers. The fifty stages are generally no larger than a couple of screens, and the main goal of each of them is to collect enough keys to unlock the stage’s exit door.

At the end of each world there is a battle against a (usually extremely odd) boss character, and each stage is filled with a large variety of lesser “minions.” Spanky is not defenseless against these creatures though – he can launch bubbles that provide him weapons. If he pops the bubble immediately, a single baseball will fall out and kill any enemy it comes in contact with. If more firepower is needed, Spanky can bounce the bubble off of his head to change his attack: at two bounces, a popped bubble releases a chain of soccer balls that will wipe out anything in their path. At three, a group of volleyballs appear that will circle outward from the spot where the bubble was popped. And finally, the fourth bounce will allow Spanky to release a group of basketballs that shoot in a wide-shot pattern, allowing him to kill massive groups of bad guys all at once.

The different attacks provide some fun strategy to game with how they force you to consider enemy formations in order to choose the weapon best suited for the job, and the stage layouts lend themselves well to the styles of attacks you get to make use of. It might sound a bit convoluted, but it’s very simple in practice, and it lends just enough depth to keep the game feeling fresh across multiple playthroughs.

The game looks great with its large, expressive character sprites and its pastel-infused,1980s California vibe. It’s all warm, friendly, and cute, like you would expect from a well-illustrated children’s book. The stellar soundtrack was done by Kyouhei Sada, who you might know from his work on games like Contra, The Adventures of Bayou Billy, and Abadox, and though the style here is a departure from his usual work, it’s just as good as any of his work for Konami on the NES.

And finally, the gameplay strikes that same fine balance between action and puzzles that made the Bubble Bobble series so successful – it’s easy to pick up and play, but it has an addictive quality that will keep you coming back to chase high scores long after you’ve seen the ending.

It’s quirky and nostalgic, and it’s still just as playable today as it was twenty-eight years ago. You might not get to spank your monkey here, but even without an Adults-only rating, Spanky is a monkey that’ll you’ll thoroughly enjoy spending your time with.
_
No cheats were used during the recording of this video.

NintendoComplete ( punches you in the face with in-depth reviews, screenshot archives, and music from classic 8-bit NES games!

Visit for the latest updates! 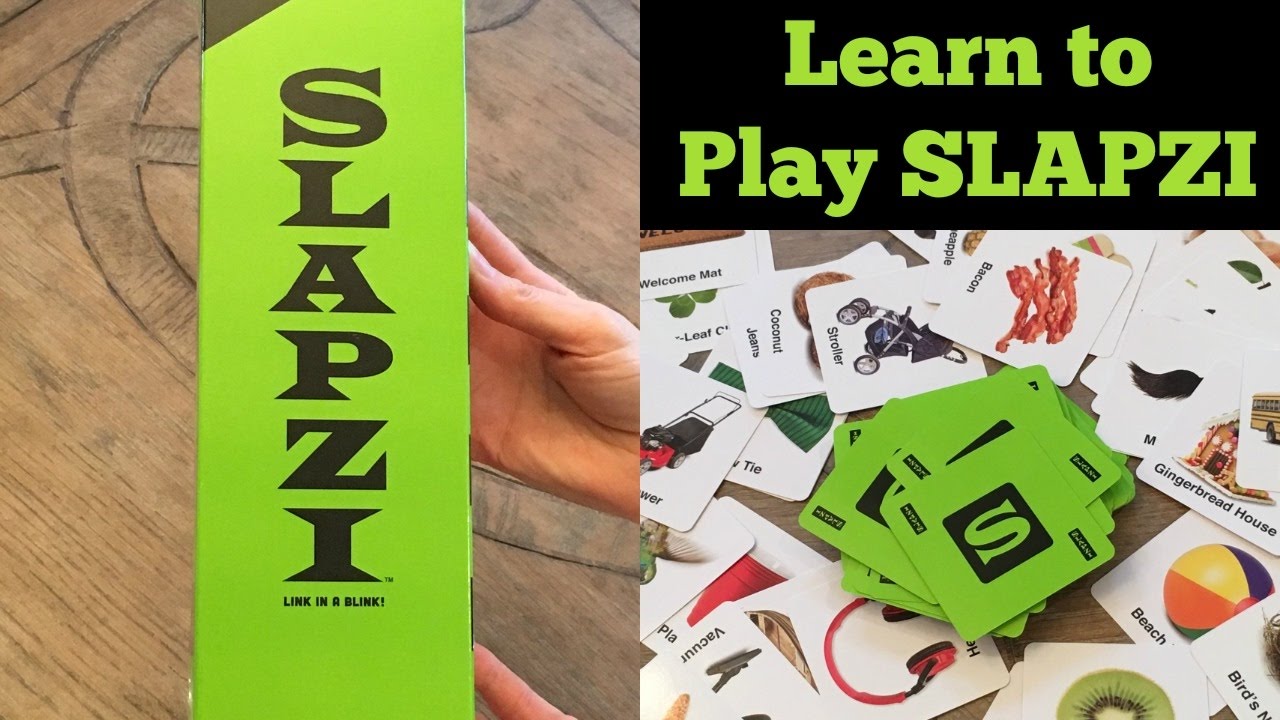 Learn to play Slapzi with us! 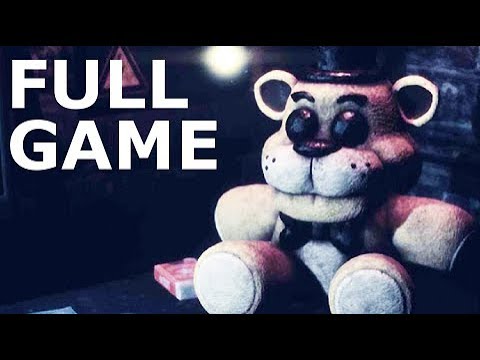 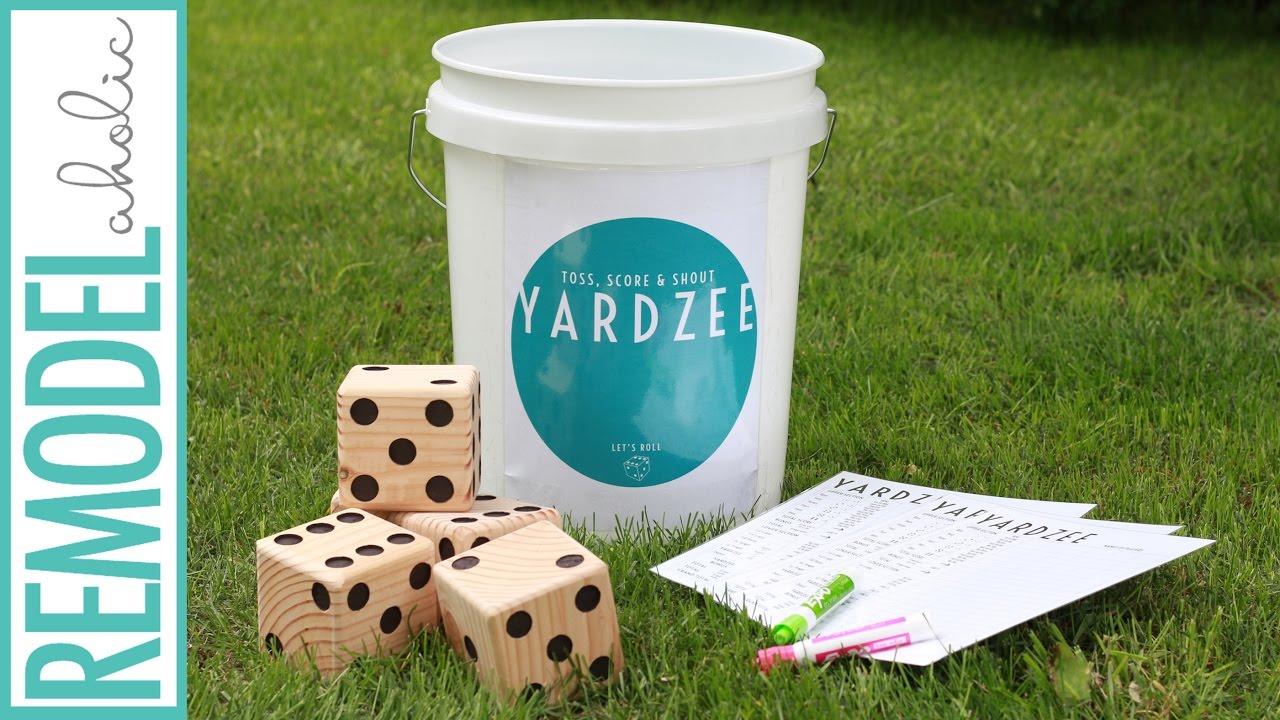